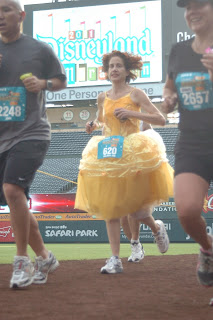 Malinda at 2011 Disneyland Half Marathon

We couldn't run the Disneyland Half Marathon on Sunday, September 2, but it was fun to follow the pre-race, race and post-race excitement on Twitter! We were tweeting & RT'ing with all the runDisney enthusiasts and it was awesome! It was great to be a part of the unofficial runDisney "Cyber ChEAR Squad" community on Twitter and Facebook! We can't wait for the next runDisney race - the Tower of Tower 10 miler - so we can do it all again! :-)


Were you part of the Cyber ChEAR Squad?

Did you #TweetAndRun during the race?

Will you #TweetAndRun during your next race?

Just a few examples of our Cyber ChEAR Squad tweets! 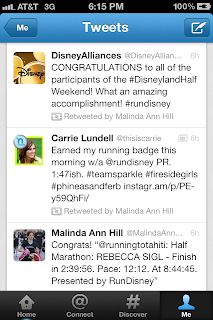 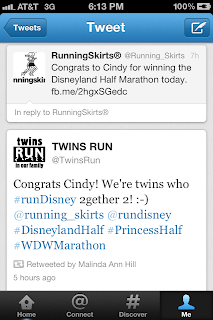 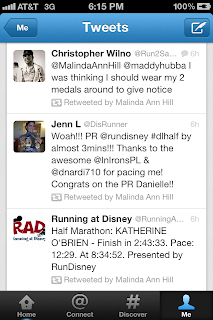 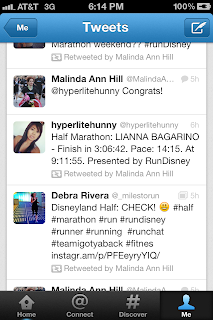 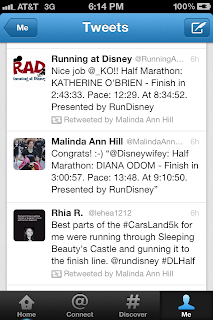 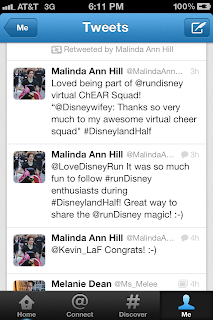 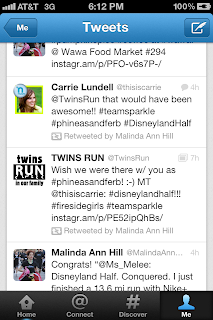 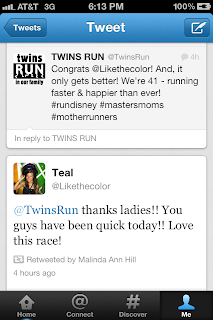 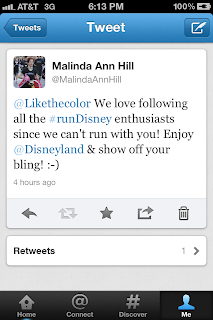 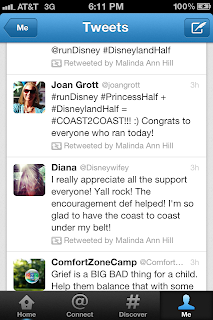 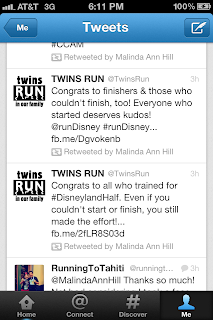 Posted by TWINS RUN in our family at 5:44 AM