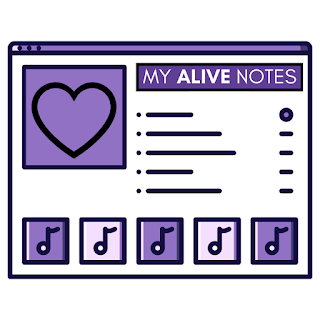 The power of music is both undeniable and scientifically proven. It can help us run faster, reduce pain, increase relaxation, and even save a life.

In 2017, hip hop artist Logic released his powerful song “1-800-273-8255” about suicidal ideation, recovery, and the power of hope. The title comes from the National Suicide Prevention Lifeline and research recently published in the British Medical Journal indicates the popularity of the song could have saved as many as 245 lives with an increase in call volume to the hotline.

There’s actually a name for the persuasive power of mass media in helping those considering suicide to choose not to complete the final act: the Papageno effect.

Hip hop has a long history of tackling the difficult topic of mental health. In 1982, Grandmaster Flash and The Furious Five released “The Message” which vividly describes social injustice and the toll on Black lives:

“It’s like a jungle sometimes it makes me wonder how I keep from going under”
“Don’t push me cause I’m close to the edge, I’m trying not to lose my head”

Research has shown that the number of rap songs referencing mental health conditions doubled from 1998 to 2018. If more songs address the struggles with and treatment of mental disorders such as depression and PTSD, then it’s possible that the stigma and cultural resistance to seeking professional help will change over time.

It’s vitally important for more musicians and artists to be honest about their own experiences with anxiety or suicidal thoughts so that we normalize discussions about mental illness and treatment.

Unfortunately, multiple studies have shown an exponential growth in suicide rates and attempts amongst Black youth, especially girls and the age of those who are dying is getting even younger. One of the most startling statistics of racial disparities is that Black children under 13 die by suicide at almost twice the rate of white children under 13.

We need to reduce the stigma attached to suffering from mental health conditions and the need to seek professional help with or without medication.

Avoiding conversations about the realities of suicide doesn’t prevent it. We need the survivors of suicide (both those who have attempted and those who have lost a loved one due to mental illness) to speak up and help dispel the myths. We need to teach kids coping skills, where to go for help, and examples of overcoming a temporary mental condition or living productive lives with ongoing treatment of mental illness.

Some people think suicide is selfish or that it’s a permanent solution to a temporary problem. Sadly, many of those who die by suicide have lifelong personality disorders or other chronic health conditions (mental or physical) that cannot be cured and require ongoing treatment and medication. It’s impossible to know whether or not someone’s life experiences that lead to suicidal thoughts are just temporary – they could include sexual abuse, poverty, PTSD, obesity, diabetes, or other struggles that are ongoing and possibly never-ending. Rather than judging those who are suffering, let’s support and listen to them.

One tool I find that has helped me and my friends and relatives who suffer from mental illness is to find at least one song that makes you smile, gives you hope, or inspires you to dance and have that song ready for when you need to distract your mind from the negative thoughts - call it your Alive Note. Sometimes I’ll play just one song on repeat for hours if it makes me feel less alone or gets me moving. Exercise is another proven method for improving your physical and mental health so why not combine music with a walk or workout.

Have a purpose for your playlists. I’ve organized songs to help pump me up or to calm me down, songs that help me laugh or make me cry … whatever I need to feel all the feelings.

Some of my faves include “Ladies First” by Queen Latifah & Monie Love (to feel empowered) and “Just Look Up” by Ariana Grande & Kid Cudi (for a laugh!).
What are your power songs? Share your “Alive Notes” with us! 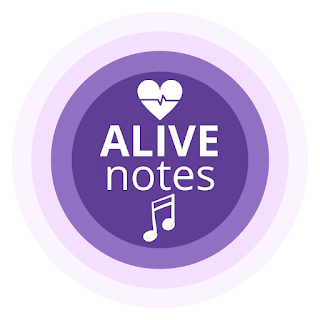 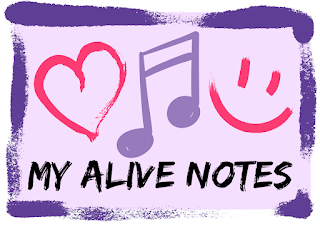