One Boston Day - Together We Are Better "Today, the Boston Athletic Association and Boston Marathon Principal Sponsor John Hancock join the City of Boston in celebrating a new annual tradition: One Boston Day. One Boston Day is a city-wide celebration that recognizes the unity and strength of our city.

Boston's spirit, and the strength, resiliency, and compassion that epitomizes our city.

Mayor Marty Walsh established One Boston Day with the desire expressed by many survivors to pass on the kindness, generosity, and support they received following the 2013 Boston Marathon. The City of Boston will hold a moment of silence at 2:49 p.m. to mark the two-year anniversary, with church bells ringing throughout the city shortly after to pay tribute and celebrate the lives of those effected in April, 2013.

On One Boston Day, individuals, businesses, and organizations across the City will display their humanity and unity by encouraging random acts of kindness and spreading goodwill. One Boston Day is a chance for everyone to get involved, embodying the spirit of the Boston community.

Whether it's giving up your seat on the T or saying 'thank you' to the City's police and fire personnel, we encourage everyone to take part in One Boston Day."

One Boston Day
Statement from Colonel Timothy P. Alben:
"The Massachusetts State Police remember the loss of three innocent victims two years ago today, the hundreds of others who suffered pain and trauma that day, and the loss of the fourth victim four days after that. Martin. Lingzhi. Krystle. Sean. And all the survivors whose lives were changed that day. On this One Boston Day and every other day, they inspire our work to seek justice for those who have been harmed, and to provide safety in our communities."
--Colonel Timothy P. Alben
Superintendent
Massachusetts State Police
http://www.onebostonday.org 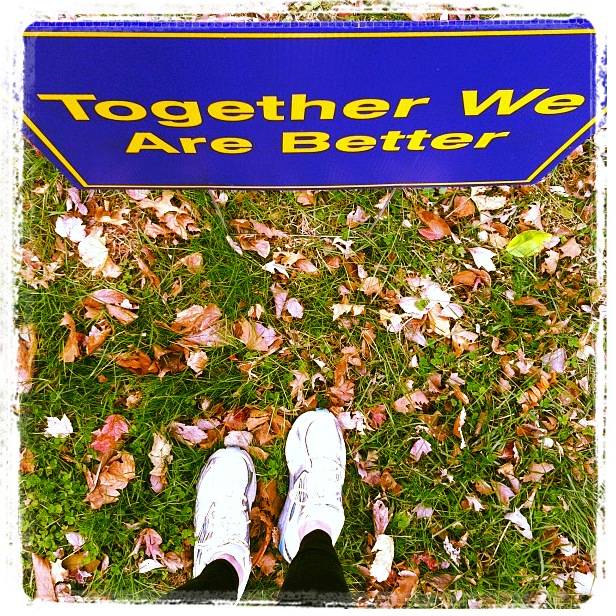 Posted by TWINS RUN in our family at 9:24 AM