Malinda's 1st Ultramarathon: The Stroehmann Back on My Feet in24 Philadelphia Race Challenge 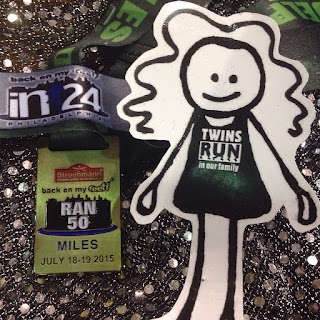 I finished my first ultramarathon!

Since I am in the midst of training for the Rivanna Greenbelt Marathon (otherwise know as my 8th attempt to #Train2BQ) and I wasn't in training for an ultra, I kept my A, B, C & D goals realistic.

Surprisingly, in spite of the heat, humidity and nausea, I was able to surpass my A goal and finished 67.68 miles in 18 hours 19 minutes and 46 seconds. 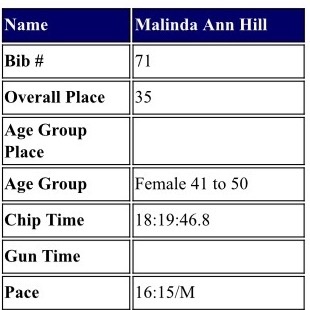 As Joan Benoit Samuelson says, every race tells a story. I wish it was easier for me to write my story. Since this was such a meaningful experience, I'm going to try my best to gather my thoughts.

In the meantime, I wanted to thank all the in24 Philadelphia and Back on My Feet Philadelphia staff, sponsors, volunteers, runners and spectators! It was rewarding to accomplish my goal while supporting a great cause!

Some random thoughts as I start to piece together my story... 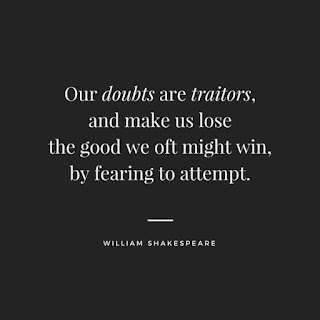 * My race mantra "Our doubts are traitors, and make us lose the good we oft might win by fearing to attempt." ~ Shakespeare 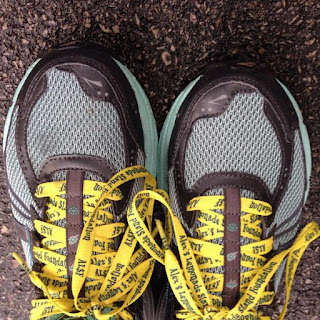 * Many thanks to Runner's World for the opportunity to run my 'dream race.' My Twitter image with the hashtag #morningwin #RWInspireEntry was selected as a winner of the INSPIRE CATEGORY in the MY MORNING RUN photo contest presented by BELVITA. Part of my prize included an entry into my ‘dream race.’ I couldn't think of any better dream race than the in24 Urban Ultra - a  challenging race to support a worthy cause.

* When I checked the results page, I noticed my official results were missing my final loop. I started to panic and even started to doubt whether or not I really completed 8 loops (that's what sleep deprivation does to you). I contacted Pretzel City Sports and they responded promptly. My chip never recorded the final lap but since they also recorded the times manually, my official time was correct. Phew!

* Setting up my bag of clothes and phone charger cases inside of Lloyd Hall next to an outlet was one of the best decisions I made. Next year, I will bring a surge protector outlet strip so others could charge Garmins, phones, etc. throughout the day and night.

* This race appealed to me since I prefer to run familiar routes and I've run the river loop many, many times. And, I'm definitely a "lone ranger" runner since I prefer to run solo rather than with a partner, group or pacer. While running by myself was ideal for me this year, I hope to run together with Leah (and maybe another mother runner or two) next year.

* I've been following Gerard's ultra training, so I was excited to see him at the starting line and once along the course. He wrote a great recap of his first ultra experience.

* I'm always excited when I run into another running twin, so thanks to the twin who said hi before the start of the race.

* After I took my first break, another twin came up to me. She met Leah at the 3 Bridges Marathon in Charlottesville. Small world!

* I received quite a few "love your skirt" shout-outs while wearing my Sparkle Athletic skirts. It's always good to receive some encouragement as others are passing you. ;-)

* The massage after loop 4 was the best - it hurt soooooo good. I only wish I would have had a chance for a 2nd massage after 50 miles!

* If I have a slight aversion to a food (raisins), I should not eat it during the 2nd loop of an ultra-marathon. If I ever eat another raisin again, it will be too soon.

* If I see one of  my favorite  foods (pizza) but can't imagine eating it on a run, I should not eat it during an ultra-marathon. I regretted eating that slice almost immediately.

* The volunteers were amazing - very enthusiastic and helpful. I made certain to thank them every time I passed by.

* The Fishtown Beer Runners' tent was awesome, too.

* I greatly appreciated the shout-outs from my Twitter followers and the #run215 crew.

* The Midnight Madness runners were fun to watch and the encouragement kept me going.

* I should have rested in Lloyd Hall before walking to train station - the 90 minute wait was more painful then any part of running, walking or crawling the 67.68 miles

* I'm so glad I brought ...
- iPhone (I listened to music the entire time and it really helped to keep me going)
- iPhone case chargers (I never had to worry about running out of battery on my iPhone)
- Mio (heart rate monitor and tracking app for my running / walking crawling pace)
- MileStone Pod (another tracking app for my running / walking / crawling pace)
- Knuckle Lights (they are AWESOME and worked very well on the extremely dark parts of MLK Drive)
- SkirtSports top with bra pocket for iPhone (worked so well to hold iPhone so could play music without ear phones)
- 3 Sparkle Athletic skirts (they didn't get too weighed down with sweat and were an attention grabber)
- Extra bras / skirts / shirts / socks / shoes
- Compression tights

* I should have brought ...
- Even more extra bras / skirts / shirts / socks / shoes
- Blanket to lie down on
- Towel for a shower
- Diet Canada Dry Ginger Ale
- Coffee maker (or maybe in24 could provide coffee?)

* I will do before next ultra ...
- Include longer runs with walking breaks
- Start long runs in afternoon / evening
- Bring chalk to write inspirational quotes on the path. P.S. the family of #73 did an amazing job with the motivational messages this year! 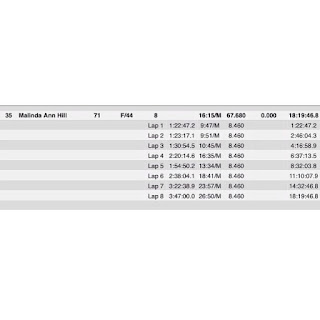 Overall, my first 50.70 miles (6 loops of 8.46 miles) went much better than I expected, especially considering the heat and humidity.

The first 3 loops went according to plan. I ran the first 22 miles slowly. Then, I started to run very, very slowly. After my 3rd loop, I decided it was necessary to change my clothes. I was soaking wet from sweat and everything felt heavy and irritating. I decided I was going to ditch my "Twins Run in Our Family" shirt and run in my bra - desperate times called for desperate measures.

I paused my Nike Running (and my Milestone Pod app pauses automatically) app when I took breaks since I knew I'd get my overall time from the race results. I wanted to keep track of how fast (or slow) I ran (or walked) each loop and how much time I took off to rest, change, etc. I wish I had a Garmin since Nike is notoriously inaccurate for pacing and mileage but at least I have a general idea of my pacing. 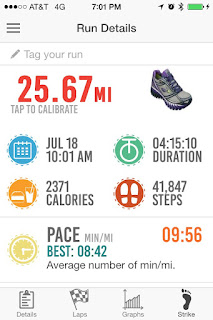 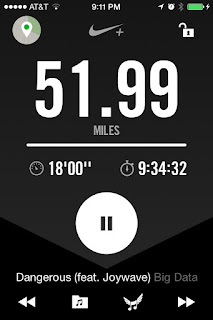 I knew I would walk my 7th loop and it went pretty well. At this point, since I already reached my A goal, I felt that any additional miles I could accumulate would be an added bonus. Of course, since I was still feeling relatively well, my mind started to wander and wonder if I could get to 75.  As I progressed through the loop, I started to get more tired and more nauseous, but I kept going since it wasn't incapacitating. 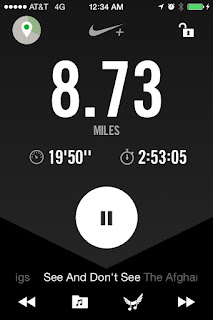 My 8th and final loop was the most difficult. It was still hot and super humid. I wasn't in pain but I was extremely exhausted and  nauseous. Since my legs still felt fine, I kept walking. I knew this would probably be my final lap and I had my eyes on the prize of  66 miles (the title of one of my favorite songs by The Afghan Whigs). Then, my mind started playing tricks on me again. In the back of my mind, I thought if I could rest for an hour, I might be able to go one more lap, but I my gut was telling me (literally and figuratively) that probably wasn't the best idea. 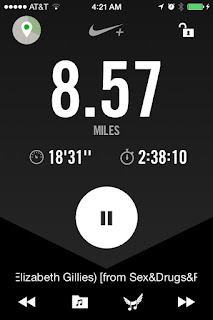 As I rounded the last quarter mile the voices inside my head debated on whether or not I should tell the timers I was done or resting. Physically, my legs were getting tired and a bit cramped, but I wasn't in any pain. However, I was extremely nauseous and exhausted. Since I still have my eyes on the prize of a BQ at the Rivanna Greenbelt Marathon and/or Philadelphia Marathon, I didn't want to jeopardize my training, so I decided it was best to quit while I was ahead.

The 2 hours before I was able to get on the train home were the worst hours of the entire experience. As I started to walk towards 30th Street Station, I was overwhelmed my nausea and exhaustion. I felt like I was walking through molasses. I had to stop a couple times to rest (something I never did along any of the 8.46 mile loops). My muscles started to cramp up a bit more so I knew I made the right decision to stop at 67.68 miles.

More thoughts will be added in the coming days so stay tuned for more details ...


More information about Back on My Feet and in24 Philly

Back on My Feet - Run a Mile in Their Shoes
http://www.philly.com/philly/blogs/on-the-run/Back-on-my-Feet-Run-a-mile-in-their-shoes.html

in24 Race Reviews on BibRave
http://www.bibrave.com/races/in-24-race#.Va_YcKSa_Ik

Great job! A 24 hour race is a badass way to run your first ultra!