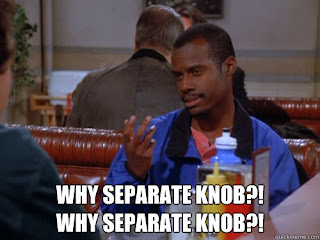 If you aren't a Seinfeld fan, you may miss the point of this quote. In this episode, a marathoner retells the story of how he slept through Olympics. It wasn't the snooze but a separate knob for alarm and radio volume! ;-)

My babysitter was supposed to arrive at 5:30am. As the minutes passed, she was no where to be seen. Panic began to set in. I tried repeatedly to reach her by phone, text & email to no avail.

At 6am, I gave up. I called a friend and begged for help! She graciously offered to drive me to 30th Street Station. She also offered to take care of my daughter during the race. Words cannot express my gratitude for my friend's help!

My babysitter finally called me at 7am while I was on the BSL (Broad Street Line). It wasn't a knob, but her iPhone alarm didn't go off! :-( My babysitter was so apologetic, I immediately forgave her. 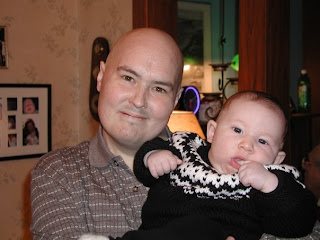 My identical twin, Leah, couldn't run with me as we planned. :-( Even though she was unable to run, Leah received a $150 donation on her behalf on May 6! We will run the Chicago Marathon together with Team Lemon! 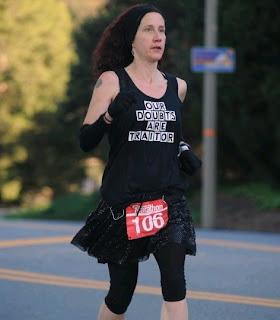 Since "BQ Fast" Leah couldn't pace me to a PR, she gave me this mantra: "Each Mile's A Gift, Negative Split" I also kept in mind this quote from Joan Benoit Samuelson,"Run Your Own Race" 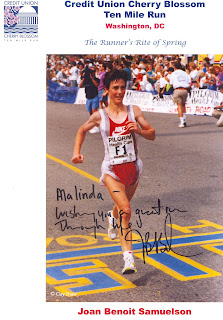 And, I carried my inspirational runDisney & twin zombies photos in my iFitness running belt. 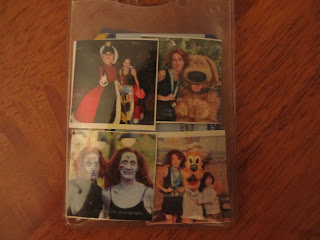 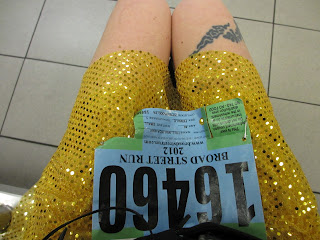 On BSL waiting for babysitter to call... 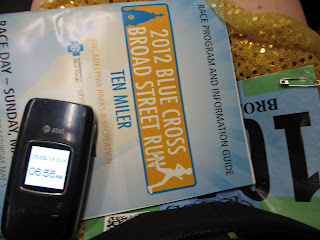 I was in the Green "with envy we aren't in purple" Corral. I was lucky to see some familiar faces while I waited in the Green Corral. I talked with several co-workers before the start, which helped calm my nerves. 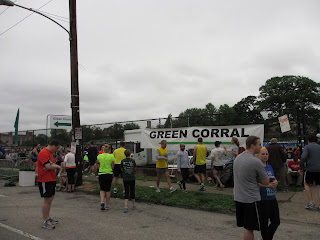 I was surprised when I heard someone say, "Malinda." I looked up to see it was "Coach Kristie" who recognized me from my shirt! Connecting with Kristie helped get me in the zone for a PR! :-) 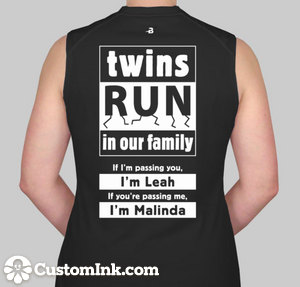 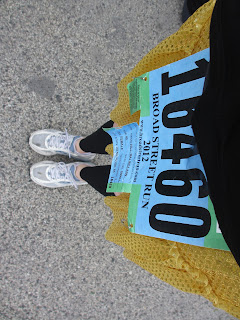 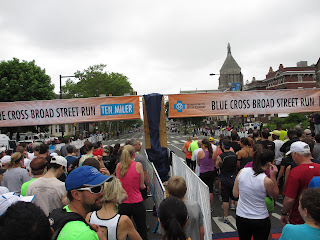 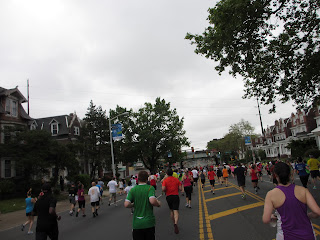 Lemonade Jay Scott was running in his lemon costume with Team Lemon for Alex's Lemonade Stand for Childhood Cancer! :-) 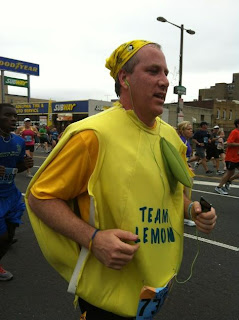 Lemonade Jay Scott was running super fast in his lemon costume. I tried to keep up with him so I could say "Hi" but I couldn't catch up! You can see Lemonade Jay Scott (AKA "The Running Lemon") running ahead of me in the photo below. 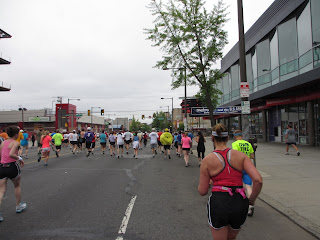 It was so crowded during the race and I couldn't get in the zone. I decided to listen to music, even though I like to run in silence. I needed some inspiration, so I turned my MP3 player to random play. I prefer random to a play list and each song that came on was so appropriate! My Curse, Fountain & Fairfax, Gentleman by The Afghan Whigs were the first songs to come up on my random play. I love these songs since I listened to them repeatedly when I trained for my 1st marathon (Marine Corps Marathon) in 1995.

Of course, I listened to them on a cassette Walkman! WOW, I'm old! ;-) Just wondering, am I the only one who tried to untangle mangled cassette tapes while running? ;-)

I was at the last mile when I heard "I'll Be Fine" by emmet swimming. This was always one of my favorite songs but now it's bittersweet. 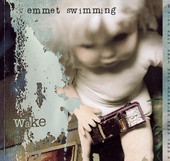 After I crossed the Finish Line... 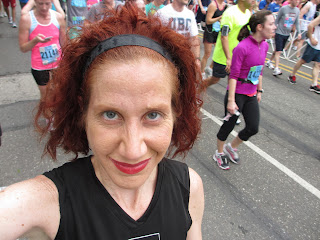 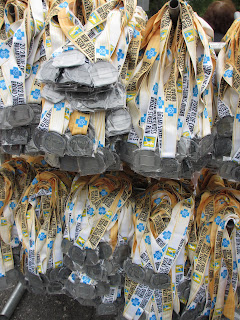 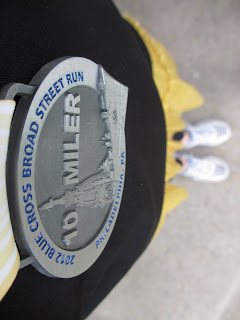 On the school bus shuttle.. 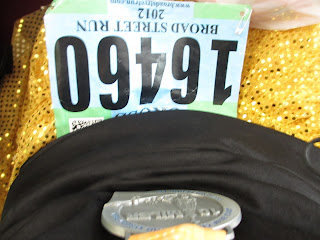 Outside my apartment with my medal... 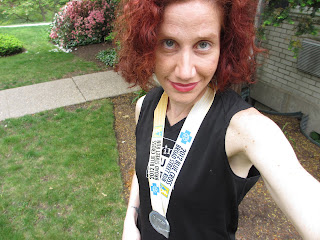 Waiting for me when I returned home! :-) 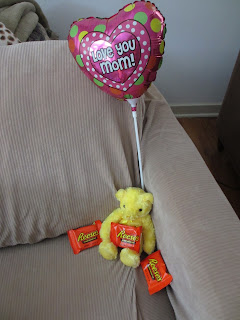 As I reflect on my experiences,
I realize I was...
Anxious & remained (relatively) calm
Humble & asked for help
Understanding & offered forgiveness
Appreciative & offered gratitude
Humorous & shared laughter
Ran my own race & PR