One Twin Ran the 2015 Boston Marathon 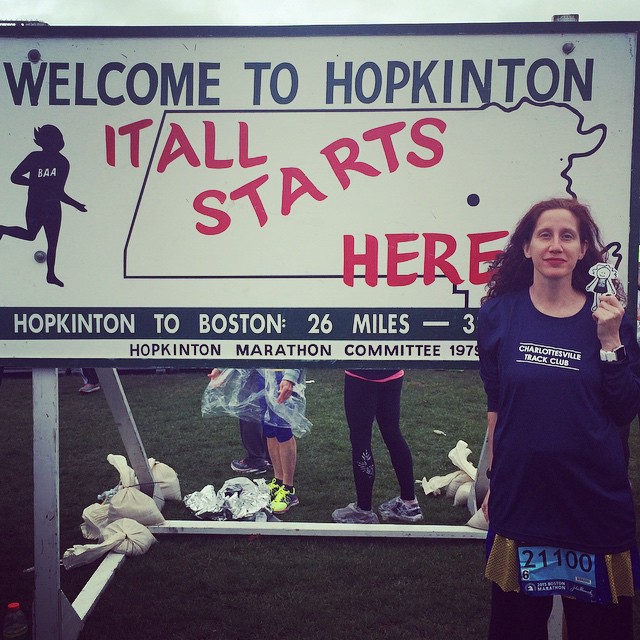 It all starts here

Just over a week ago, my two kids and I traveled to Boston for the 3rd year in a row. My daughter has been proudly wearing her 2015 Boston Marathon finisher’s jacket every day since it arrived this winter. She informed me that she never wants to run Boston herself. She has different dreams and hobbies. I like to think that she wants to be a part of my support team. Or, maybe it’s just that she really loves the color purple. 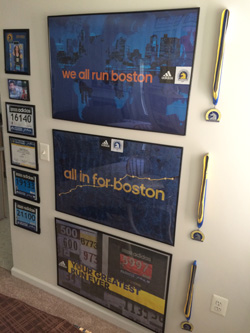 Since I just finished a ten miler in 1:16:42, I was feeling confident that I could run the first half in 1:50 and second half in 2:00 to finish in 3:50 or faster, meeting my A goal of beating my time from last year and running faster each year. My B goal was a sub 4 and goal C was to finish.

Boston is the one race you have to finish no matter what (unless you’re in the medical tent). 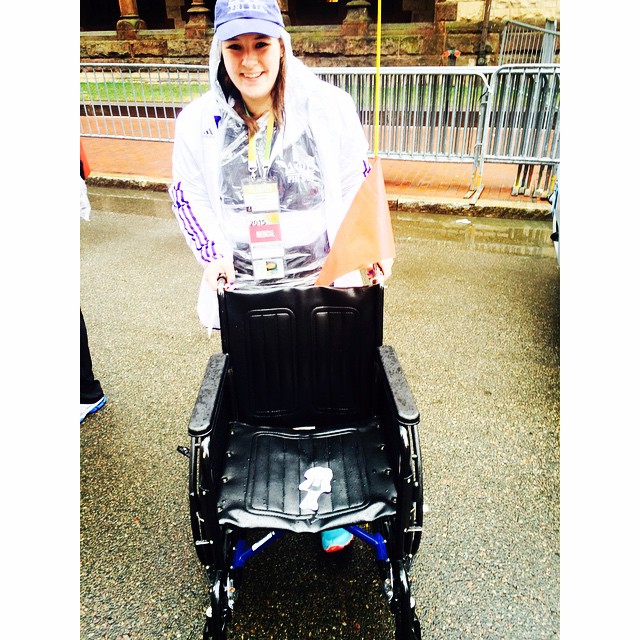 Even though I did not check my Garmin, I was hitting each 5K as planned up through the halfway point which I reached at 1:50:22. 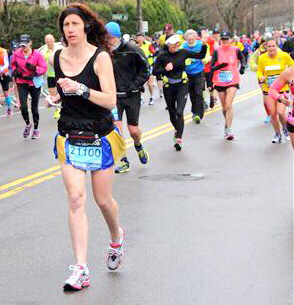 Exhibit A: The only under-dressed runner. ;-)

Then, all of the sudden, I just felt like I could barely move. I was wet. I was cold. And I was thinking holy sh-t I still have a looooooong way to go. I decided to stop at the nearest port-a-potty. I sat there texting my twin, “help. I want this over.” (my hands were so cold I could barely type!). 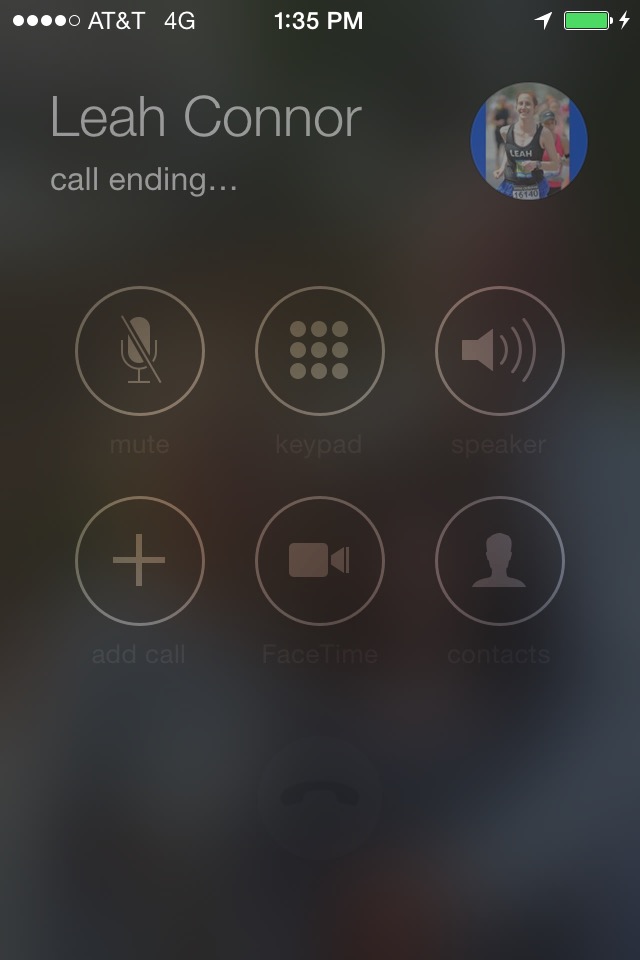 Malinda panicked a bit at this time

I tried to pull it together and tell myself, “OK, so you’re not going to hit your A/B goals, just finish without injuring yourself because Grandma’s Marathon is in less than 9 weeks and you don’t want to blow that, too.”

The one thing I was still looking forward to was seeing my sign in Wellesley. Thank goodness, I did! Despite all the rain, the TWINS RUN IN OUR FAMILY was one of the few signs still intact and legible. YAY! That lifted my spirits. 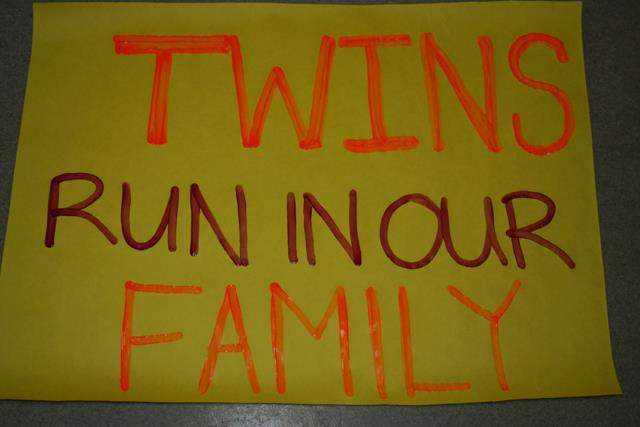 I don’t remember much about the rest of the race except when the music stopped in the Newtown Hills I was cursing up a storm. Darn Bluetooth! I think I accidentally hit the wrong button when I was adjusting the headphones. So, I had to spend a couple minutes walking trying to figure it out. I knew there was no way I could keep running without some tunes. When the headphones fell out of my hands, I did not even have the energy to bend over to pick them up. Instead, I grabbed the backup pair I had stashed in the pocket of my SkirtSports hipsters (I love those! Wish they still made them!). I also dropped flat Malinda, but luckily I had a spare. ;-)


When I finally got my headphones working, I changed the playlist to “I Wanna Quit Songs” which had 6 songs that I knew would keep me going … including “In This Together” by Apoptygma Berzerk. I kept thinking, "I wish I were running this with my twin. I wish I could enjoy the experience even though my time is gonna suck."

But, I was so uncomfortably cold, wet, hungry, and tired that I could barely keep myself motivated. I reminded myself what race director Dave McGillivray said during the Q&A the day before, “99% of people who start the Boston Marathon complete it. You will finish this race.” I did not want to be in that heartbroken 1% (This year, 2% (555 people) did not finish).

Somewhere in Brookline I saw a volunteer holding a mylar blanket and I grabbed it, screaming, “THANK YOU!” I have never been happier to see silver foil in my life. I wrapped that around me and ran with my arms tucked inside for at least 2 miles (and I have the photos to prove it!).


When I hit mile 25 I knew I only had half a mile to go before I would see my coach, Mark Lorenzoni. When I saw him, there’s a photo of me with my arms raised in apparent victory like I was about to finish the race. Actually, it was so I could run over and give him a huge hug. I can’t remember exactly what I  said, but it was something like, “Oh my god this just sucked today.” 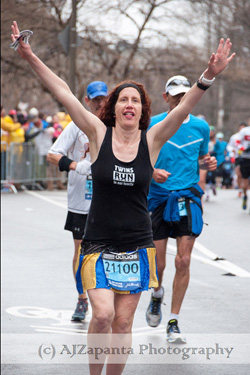 Thanks, Andrew Zapanta, I think ;-)

Another Charlottesville runner who came to take photos told me to keep going and waved me on, but I just wanted to enjoy the moment of seeing my coach, who helped me get to Boston for the 3rd time in a row. 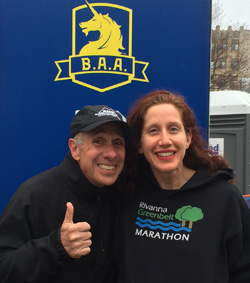 Coach Mark before the race

Once I let go of Mark and decided to finish the race all I could think of is when I finish I’ll get a nicer blanket so  I took off as fast as I could, which actually was not very fast. And every time I saw a photographer I slowed down a bit because I really like getting race photos. I was so obsessed with getting some decent pictures that  I also stashed lipstick in my hipsters pocket and applied it when I took a walk break with a mile to go.

I finished the race in 4:08:13 which is my slowest marathon since 2010. I was disappointed, but not devastated. 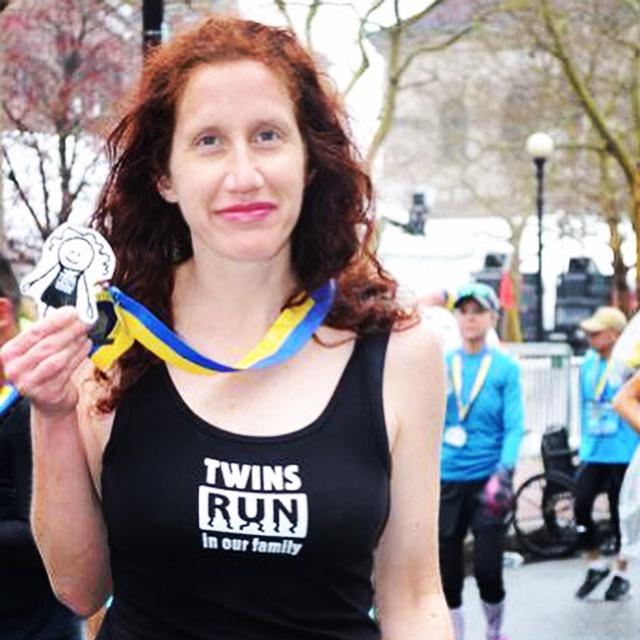 I was mad at myself for losing a glove on the way to the starting line, for taking off my long sleeve shirt and arm warmers early on in the race, and for not buying a waterproof jacket and better gloves the day before. 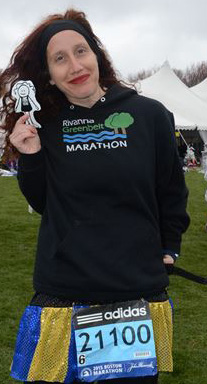 Why did I take my clothes off?

I wore the same outfit (tank top and skirt) running in 40-45°F rain that I wore the previous two years when it was sunny and 55-65°F. What was I thinking?!? After having a post-race debriefing with my coach, we determined that because I wasted too much energy trying to stay warm (before the race and during it), I just hit the wall.

Favorite sign of the day (besides the personalized TWINS RUN sign of course!) – “PAIN is just French for bread.” HA HA HA HA! I never saw that one before. I laughed out loud! And thought, “Wow, warm bread would actually be really good right now, I’m starving. Mmmm.  Bread.”

I have never enjoyed a stale piece of candy more than that snack size Milky Way a spectator handed me somewhere on the streets of Boston. I was so hungry at that point, but I could not drink any Gatorade for many miles previously because it just made me feel even colder. I savored that chocolate for a while because it took forever to melt in my mouth because I was so cold and could barely chew.

I am pretty sure that I acted like a crazy teenage super fan when I went up to talk to Dave McGillivray on Sunday before the Q&A. I was wearing my Rivanna Greenbelt Marathon shirt and told him how I started one of the newest races that got people to Boston. I told him that we had a 50% BQ rate. He was like "Wow, that’s probably one of the highest," and then I laughed and admitted, “Well, we only had 12 finishers.” I went on to talk about how excited I was to be in Boston and help other people get there. I told him that every correspondence from the BAA made me excited because I respected the organization so much. That being said, I have to say I am extremely disappointed that the BAA allowed Liza Hunter-Galvanto to run in the elite women’s start after having served a two-year suspension for doping and will likely receive $10K in prize money.

During the Q&A someone asked about doping and Josh Nemzer, Boston Marathon Operations Manager, spoke strongly against it. Yet, they seem to be inconsistent on enforcing the ban of athletes who have tested positive due to failed drug tests.
http://texasrunningpost.com/news/boston-marathon-statement-regarding-liza-hunter-galvan-confusing-conflicting/

I was privileged to meet Wesley Korir just a day after watching his inspiring film, “Transcend.” When I asked him if he really only ran 30 miles a week before the 2013 Boston Marathon, he said, “Yes, don’t try this at home.” Ha ha ha. I highly recommend this special film.
http://www.thefilmtranscend.com/ 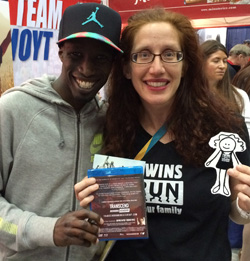 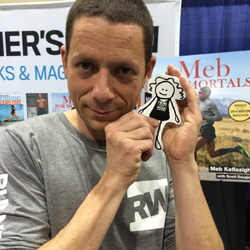 This is real love

The 12:30 a.m. fire alarm on race day at the Sheraton, not cool. But at least Mark Remy made me laugh about it later that morning. :)
http://www.runnersworld.com/fun/dumb-news-from-boston?page=single

On the bus to Hopkinton, I had a great conversation with a Swiss man running his first Boston Marathon. He would not tell me his goal, he said that was something just for him to know, but seeing that he ran 3:35:43 I think he nailed it! Wow! Congrats! 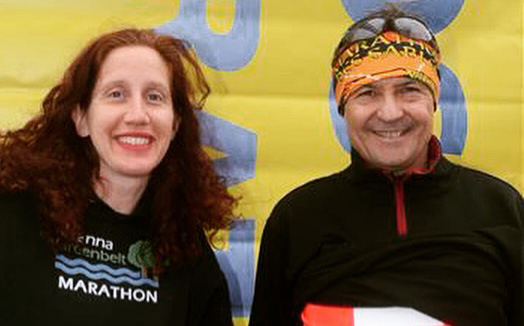 Seven runners who ran the Rivanna Greenbelt Marathon in 2014 completed the 2015 Boston Marathon. Both the September and October male winners came in the top 100 overall! Congrats Wesley Turner and Michael French. In the past week I have received 21 registrations for the 2015 Rivanna Greenbelt Marathon. We have almost reached capacity! I cannot wait to see how many people get their BQ for 2016/2017 … and one of them better be my twin sister! :) 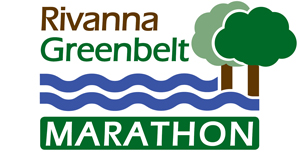 Posted by TWINS RUN in our family at 4:10 AM

Congratulations on persevering through a tough race! I'm rooting for Malinda to BQ!