Racing to the 2013 Boston Marathon 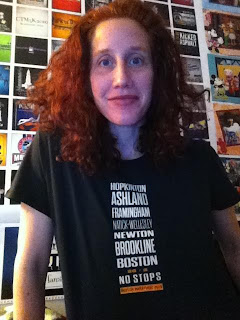 So I've been reviewing my races so far this year and trying not have a panic attack about how I might perform at the Boston Marathon.

I've been much slower and that's concerning.

(It was HOT this year so that probably didn't help. And, I probably ran the half too fast. Oh well!) 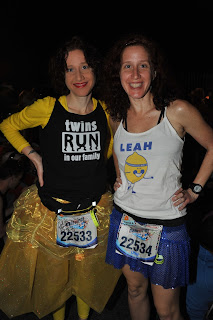 (Once again, it was MUCH hotter this year than last year, so that could be part of it. The good news, Malinda and I finished 1st in sister / sister team category!) 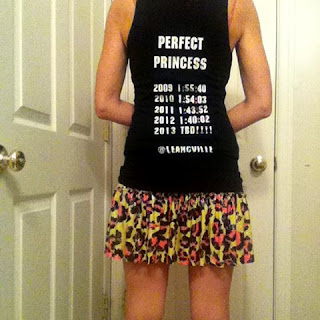 (Can't really explain this away with weather because it was nice and cool. At least I came in 2nd in AG, was 4th last year. And there was no one near me at the end. Last year I was passed by two women within feet of the finish line, ouch!)

(The Cville course is notoriously hilly instead of flat like Cherry Blossom so I can't really compare those two races, can I? I just wanted to run my 3rd fastest 10-mile race and I did that by nearly a minute. And, at least I came in 3rd in my AG!) 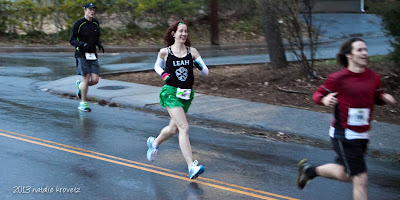 Last year was AMAZING and I can't really hope to have success like that consistently.

I just wonder if I should continue to panic or CHILL OUT... if there's a reason for this that I can fix or if it's just a phase?

Is it because I weigh a little more than I did last year at this time (could 5-7 lbs, could that make that a huge difference?!?) or have I been holding myself back in these races because I know the big prize - BOSTON - is just mere months or weeks away?


I definitely knew that I wasn't trying for a PR in any of these races, because it was a race for "fun" and training or because of the forecast or because within the first mile when I just wasn't feeling it. So instead, when appropriate, I did my best to run as close to my ideal marathon pace (7:55 - 8:00) and run comfortably hard rather than push it and constantly check my watch.

Some people might say I race too much, but I've actually raced LESS so far this year.

In the 5 weeks between my Princess Half Marathon PR and Cherry Blossom 10 Miler PR last year, I also ran a 4 miler, 8K, 1 mile, and 5K in between. And I PRd in those distances, too!

This year, I had 3 weeks between the Princess Half Marathon and the Charlottesville10 Miler and I only raced the Martha Jefferson 8K in between.

Oh well, at least I'm having fun while I'm running.
.
All the anxiety doesn't set in until I'm resting. :) 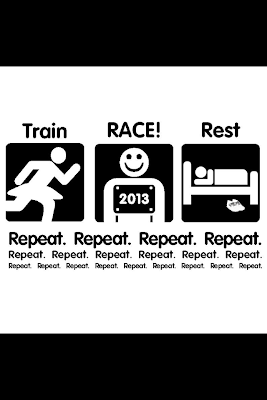 Posted by TWINS RUN in our family at 7:50 AM